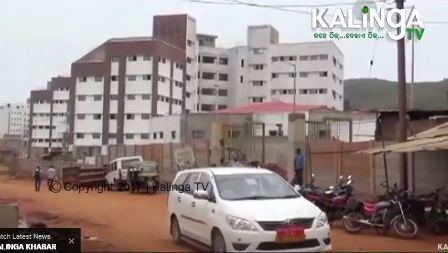 Patnaik is also likely to address the first batch of MBBS students following which classes will commence this year.

On May 4, the Medical Council of India (MCI) had issued the Letter of Permission (LoP) to the Medical College and Hospital with a student intake capacity of 100. Out of 100 seats, 15 seats were reserved for candidates under All India Quota seats while the rest 85 seats were available for the candidates under State Quota. Aparna MJ, a student from Kerala, was the first one to take admission into the SLNMCH to pursue the MBBS programme.

The Medial College and Hospital has been erected on 52 acres of land at an estimated expenditure of Rs. 187 crore. The Odisha Chief Minister had laid the foundation stone for the college on August 3, 2015.

This government-run hospital will cater to the needs of people in Koraput, Malkangiri, Nabarangpur, Rayagada, Subarnapur, Kalahandi and Nuapada districts.