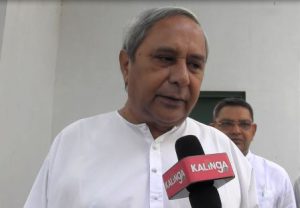 Speaking to Kalinga TV here on Sunday, Patnaik said, “BJD will emerge victorious in Bijepur bypoll; I will personally campaign there.”

While the saffron party is yet to announce its official candidate for the bypoll, BJD has named late Congress MLA Subal Sahu’s wife Rita Sahu as its candidate.

Ironically, Congress has been tight lipped at the moment though it had won the 2014 poll from the Bijepur assembly segment.