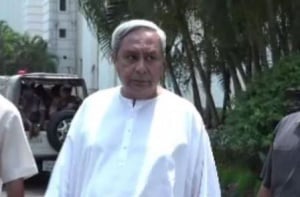 Bhubaneswar: Chief Minister Naveen Patnaik has denied the media reports, which claimed that Union Finance Minister Arun Jaitley had a telephonic talk with him over Presidential Polls, saying no such discussions took place.

The BJD supremo also asked the BJP-led NDA to come up with its candidate first and said his party would take a stand at an appropriate time.

Earlier, Arun Jaitley had telephonic talks with Bihar CM Nitish Kumar and West Bengal CM Mamata Banerjee. Reports suggested that he had talks with Naveen and senior BJD leaders too. Meanwhile, the BJP Parliamentary Board has begun its meeting in Delhi to discuss on the Presidential Polls candidate.