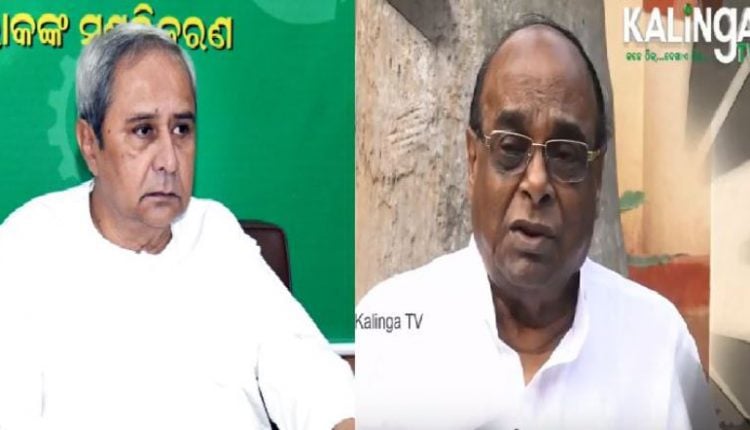 The face off between former minister Dr Damodar Rout and BJD president Naveen Patnaik has already reached the inflection point. Dr Rout’s new fascination to feature in primetime bulletins daily with a fresh set of allegations has driven the wedge further. And the endgame is getting closer.

For nearly 18 years, Dr Rout enjoyed a roller-coaster ride in the BJD. He has served as a Cabinet minister for more than a dozen years in the Naveen Patnaik ministry. He is perhaps among the handful of ministers who has been sworn-in at Raj Bhavan in each of the 4 terms of Naveen Patnaik. While he has been anointed four times, he has been shown the exit doors thrice too. He was asked to resign from the ministry in 2006 and 2011 and he obeyed the peremptory orders. And in 2017, he was dropped from the ministry after he tried to circumvent the CM’s prerogative to retain him in the Cabinet. Thus the ministry has become a veritable revolving door for Dr Rout.

He has consumed tons of newsprint and hours of primetime television by lashing his acerbic tongue time and again. After his exits from the ministry in 2006 and 2011, many analysts have debated whether it’s the end of the road for Dr Rout. But he has made stunning comebacks too. But the scenario seems to be radically different now. After he was dropped in 2017, the chasm between him and Naveen has grown much wider. There were few attempts to bridge the gulf. When the CM and Dr Rout shared the dais at the concluding rally of the Save Mahanadi march held in Paradip, the bitterness seemed to have ended. A fresh innings was on the cards.

At this juncture, it’s important to delve into the reasons why Dama Rout is taking pot-shots at the government in an uninterrupted manner? Perhaps, he may have seen the writing on the wall. He must have concluded in no uncertain terms that he will not get an opportunity to fight the polls on the conch symbol again. And thus he may be deliberately upping the ante to embarrass the government. Through his new-found messianic zeal to “expose one scam daily”, Dr Rout wants to be seen as a warrior by the people. A warrior image will suit him more at this juncture as he gets ready for the 2019 battle. But after having served as a minister for more than 12-13 years, will his unceasing tirade help him to project a warrior image?

Dr Rout in his reactions has again made the old charge that the BJD is being run by a bureaucrat and three MLAs. He has also named the three MLAs as Debashish Samantray, Arun Sahu and Pranab Prakash Das. The mutual aversions of Dr Rout and Debashish Samantray towards each other are no state secrets. Dr Rout was earlier making scathing attacks against ex-IAS Pyari Mohan Mohapatra during Naveen’s third term in office and his tirade against a bureaucrat now is continuation of the same old thinking, albeit with a new target.

Dr Rout in his public utterances has stated that he will not join any new party if he’s expelled from the BJD. But he may be weighing the options to join a new party which is yet to arrive in the state’s political landscape. There are speculations about the formation of a new regional party in Odisha. Dr Rout’s uninterrupted fusillade has coincided with talks about a new party in social media. There is perhaps more to it than meets the eye.

The ongoing probe into gangster Tito’s financial empire has led to many arrests. But in the case of a suspect’s arrest in Paradip, Dr Rout stepped forward to defend his “unblemished” track record in media. He was quite vocal in ruling out the suspect’s links with Tito and even derided the STF action. Did Dr Rout perceive this arrest as a deliberate move to undermine his clout and authority in Paradip? His fulminations against the Government gathered momentum especially after this arrest.

As the denouement of the political thriller involving Dr Rout will unfold in the next few days, it seems more likely that he will part ways with Naveen Patnaik. On earlier exits from the ministry, he had made comebacks. But this time, his dissociation from the party looks imminent. Dr Rout has already stated that he’s no longer in the BJD and he has also stated that BJD party ticket is not a necessary prerequisite to fight elections. Paradip is poised for a cliffhanger in 2019.