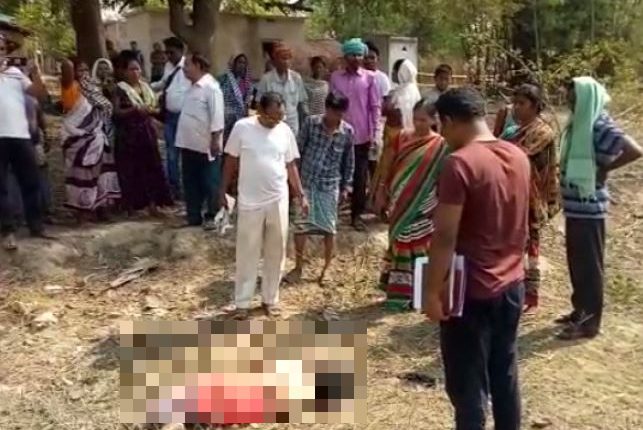 Sundergarh: Mystery shrouded the death of a middle-aged woman whose dead body was found under a tree near Bhuktapada of Katang village under Kutra police limits here today.

The deceased has been identified as Magadali Soe of a nearby village.

The death came to fore after some locals of Katang village spotted the body early this morning and called up police. While multiple injury marks were found all over the body of the deceased, they also suspected it to be a case of murder.

Some locals also claimed to have seen the victim moving in an inebriated condition in the area last night and alleged hands of some antisocial elements in her killing.

“She was alcoholic and had come to the area for the same purpose last night. Blood was seen oozing from her ears this morning pointing at foul play. We appeal police to take strong action against the accused involved in the murder,” said Puspa Kerketa, Katang Saprpanch.