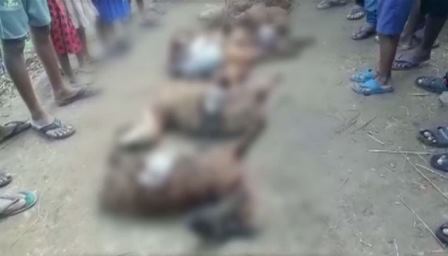 Cuttack: The killing of sheep by the mysterious animal continues to be unabated in Niali block of the district with the death of 14 more sheep late on Tuesday night.

According to reports, 14 sheep were found dead under mysterious condition which includes 11 in Kantapada area and 3 in Adaspur area.

The killing of the sheep has left the people in the region in a state of panic.

The mysterious animal had killed over 250 sheep in Niali region from March to July earlier this year and rocked the state putting the government on its toes.

Similar incidents of sheep deaths were also reported from Bhanjanagar, Jagatsinghpur, Kalahandi, Nuapada and Kendrapara districts during June and July. Despite all efforts by the forest department officials, the ‘killer’ had remained elusive.