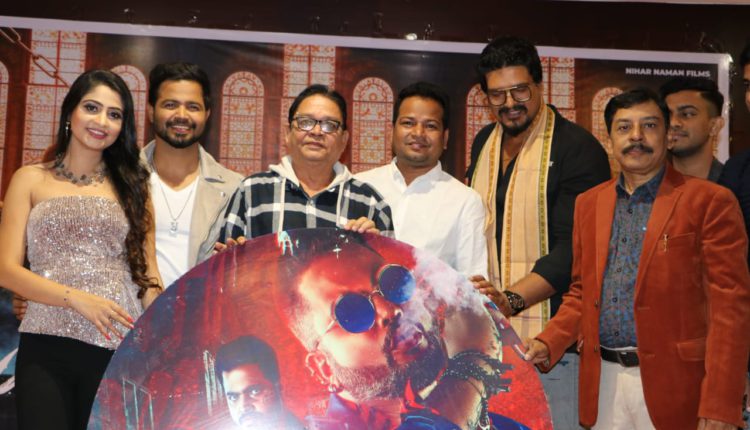 Bhubaneswar: A musical short movie titled ‘Janiya’ was released on Sunday in a hotel in the capital city of Odisha. Made under the banner Nihar Naman Films the big budget Ollywood musical short film the release was done amid presence of the cast and crew of the short film. Krisna Kar (KK) is the director of the short film and Lipu Rout and Sipu Rout are producers of the film.

The lead roles in ‘Janiya’ have been done by Subasish Sharma(Mantu) and Poonam Mishra. This romantic couple has become the first choice of viewers but in ‘Janiya’, they are playing completely different roles. Storyteller and playwright extraordinaire Ranjeet Pattanayak will also be seen in a special appearance. The antagonist in the short film will be played by renowned Television director and actor of ‘Saara Akash’ fame, Mihir Swain. He will be seen in a completely new avatar and attitude. The ropes of direction has been handled by Krisna Kar(K. K) and team.

This music video marks the debut of Popular actor of Ollywood, Krishna Kar aka K. K as the Director. The story has been written by Pupun. The lyrics have been penned by Dr. Nirmal Nayak while Sushil Dalei has composed the music. The camera department has been helmed by Dhrubananda Panda and Sourav Sobhan Nayak is the editor.

Crude Bombs Hurled At Hotel In Kendrapara District Of Odisha