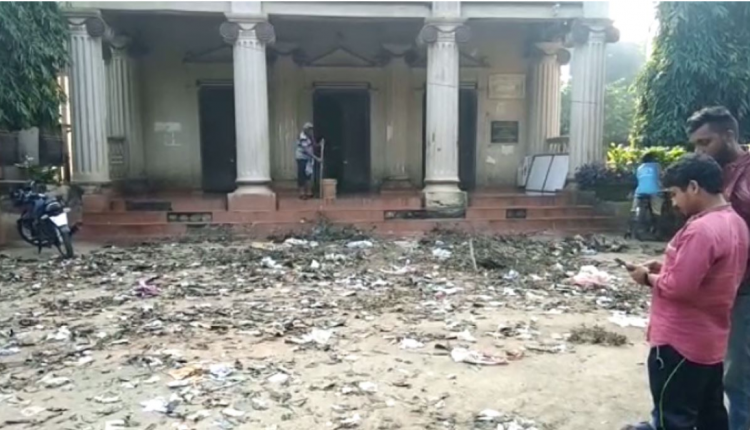 Baripada: The sweepers of Baripada Municipality staged a protest today in a unique way. They collected waste and dumped at the Municipality building.

According to sources, their demand for wages fell on deaf ears which forced them to adopt this extreme means. As per reports, their wages have been pending for the last 2 months.

The sweepers have sat on a dharna at the Municipality building.  As per reports, Police have reached the spot and are negotiating with the protesters. The municipality officers have however said that it is the contractor who has not paid the wages of the sweepers so far. Heaps of garbage are found lying across the city due to the cease work.