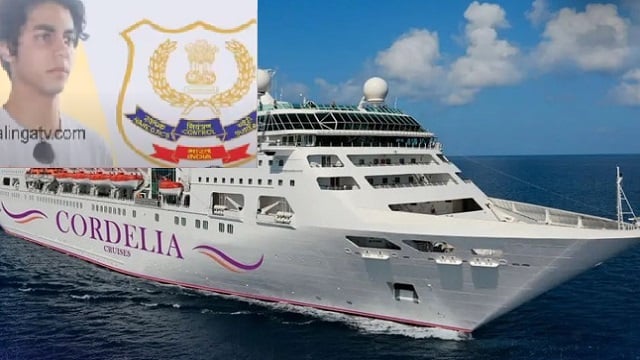 As per reports, All the 20 youths of Odisha were not a part of a single group who attended the cruise rave party. They were in two separate groups at the party.

A youth of Rourkela went Mumbai for his bachelor party along with his 15 friends and attended the cruise party. All of them have left Mumbai city after preliminary investigation, however, five are still under Narcotics Control Bureau (NCB) scanner added reports.

Earlier on Wednesday, two youths of Rourkela, identified as Manish Rajgaria and Avin Dinanath Sahu, were arrested from the Mumbai cruise drug case and were sent to NCB custody till October 11. Some quantity of drugs like ganja was seized from Manish while Abhin was taken to custody as he was confirmed of using a few shots of drugs.

Meanwhile, NCB arrested another foreign national supplier in connection with the Mumbai cruise rave party case today.  He is said to be a top supplier to the arrested group from the cruise and he will be produced in court today, official informed. This is the 18th arrest in the cruise ship raid case. According to the NCB, mephedrone in commercial quantity was recovered from his possession.

On the other hand, NCB custody of actor Shah Rukh Khan’s son Aryan Khan, his friend Arbaaz Merchant and eight others who have been arrested in the cruise drug party case ends today.

It is pertinent to mention that the action came after the NCB’s swoop on Saturday evening aboard the Cordelia Cruises deluxe ship as it was preparing for a scheduled Mumbai-Goa voyage. Although there was no drugs found from Aryan’s bag or any trace of contraband was found during his medical examination, but the officials found a small quantity of the narcotics from Arbaaz.

IPL 2021: Kohli happy to see Chahal getting form back