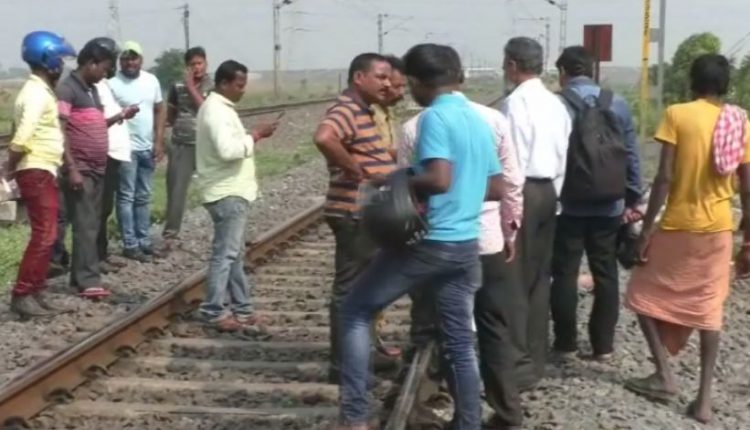 Jajpur : A woman and her daughter were killed after being hit by  Howrah-Puri Passenger train near Jajpur Railway Station in Odisha’s Jajpur district on Saturday.

The incident occurred, when the mother and daughter were crossing the railway tracks, sources said.

The deceased women have been identified as Kathi Rana (65) and her daughter Gurubari Rana (40).  They were the residents of Chandama village under Korei police limits in the district.

On being informed, GRP personnel seized the bodies and sent a hospital for post-mortem.

“Gurubari was working in a private school. They were reeling under extreme poverty,” said Prashant Mallick, a resident of Chandama village.

Meanwhile, the train driver reportedly submitted a report before the station master claiming that the mother-daughter duo committed suicide.