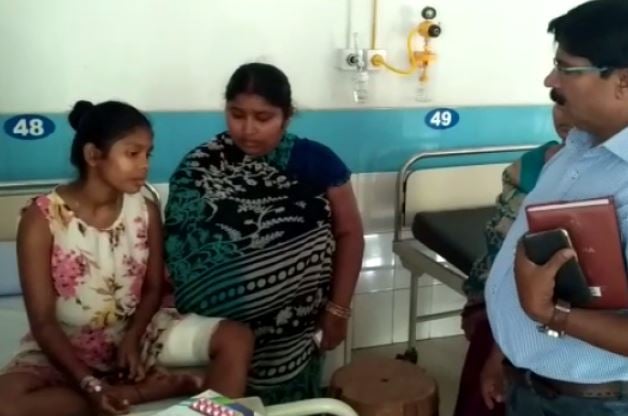 Jharsuguda: In yet another case of wild animal attack in the State, a woman along with her 16-year-old daughter sustained injuries after being attacked by a bear in Junadihi of Jharsuguda district today.

The victims have been identified as Anita Meher (37) and her daughter Rashmi of the same village.

2 Youth Critical In Bear Attack In Keonjhar District Of…

Bear In School Premises; Foresters On High Alert In Odisha’s…

As per the report, the mother-daughter duo had gone out of home to pluck flowers in the wee hours around 4.30 pm when the attack took place. An Indian sloth fear which had sneaked into the village in search of food the previous night pounced on them and started attacking.

Some locals reached out to help the duo hearing screams immediately and drove away the bear into the nearby forest.

The victim duo was later rushed to TRL Hospital for treatment, where there condition is stated to be out of danger.