More than 17 injured in bus accident in Odisha 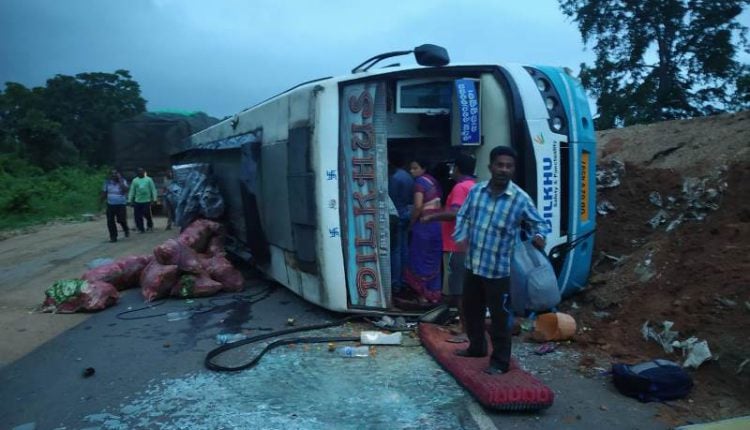 Sambalpur: More than 17 people were injured as the bus they were travelling in met an accident near Bhabanipali School in Jujumura area here on early Saturday morning.

Reports suggest that the bus had about 50 people on board. It was plying from Bhubaneswar to Jharsuguda when it met with an accident. The bus was trying to overtake when it lost control and overturned. It slipped into a nearby ditch.

More than 17 people are suspected to be injured in the bus accident. All of them have transferred to nearby Sadar hospital.