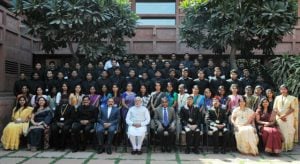 As per the new policy, officers of all-India services will have to choose cadres from a set of zones instead of states. The officers of the three services are currently allocated a cadre state or a set of states to work in.

These officers may be posted on central deputation during the course of their service after fulfilling certain eligibility conditions.

Under the new policy, candidates can only select one state or cadre from a zone as their first choice. Their second, third, fourth and fifth choices have to be from different zones.

West Bengal, Sikkim, Assam-Meghalaya, Manipur, Tripura and Nagaland will constitute Zone-IV, while Zone-V will have Telangana, Andhra Pradesh and Karnataka,

The existing 26 cadres have been divided into five zones in the new policy proposed by the Department of Personnel.