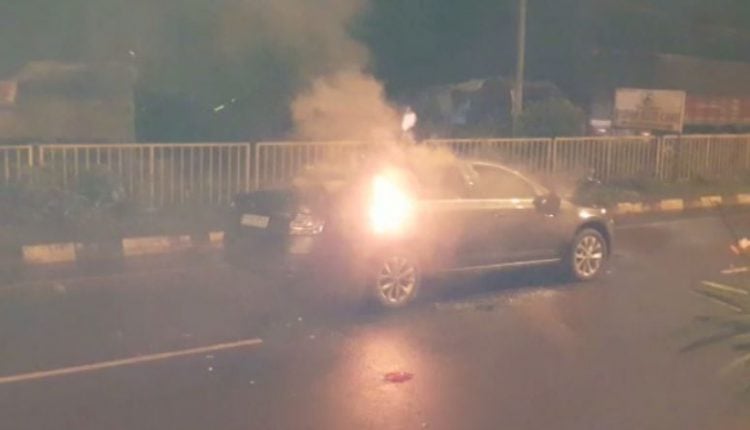 Sambalpur: Tension prevailed at Panchgachia in the district after one person died in a road mishap this evening.

As per reports, one person died and another one was injured after a car hit a motorcycle on the Sambalpur-Bargarh road this evening. Later the mob set the car on fire.

“Both the driver and pillion of the motorcycle were thrown to a distance. Both of them were immediately rushed to the nearest hospital where one of the victims succumbed to his injuries,” said a police official.

Police and fire personnel rushed to the spot and brought the fire under control. Adequate police personnel have been deployed at the spot to prevent any further untoward incident.

Also Read: Man Dies Due To ‘Medical Neglect’ In Odisha

Man Dies Due To ‘Medical Neglect’ In Odisha