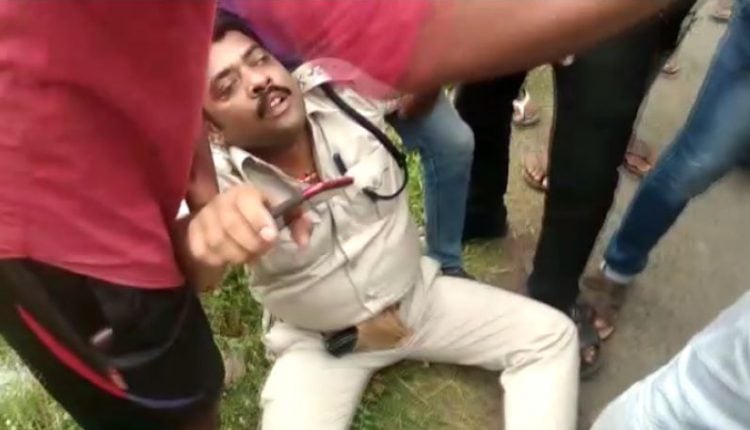 Balasore: Police personnel including IIC of Baliapal police station were chased and assaulted by a mob following the death of a minor boy at a dhaba near IDCO Hospital Chhak. The IIC Prabhu Kalyan Acharya has been hospitalized.

As per reports, a minor boy identified as Bijay Dalai hailing from Bhograi was found hanging in the dhaba which is located one kilometre away from the Baliapal police station. The family members however alleged foul play in the incident. The family members alleged that the minor was murdered and lodged a formal police complaint. 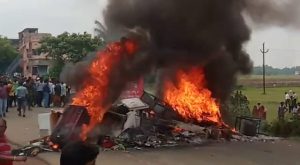 Later the mob blocked the Basta main road and ransacked the dhaba. The mob also set the dhaba on fire.

Police personnel rushed to the spot but the mob also did not spare them. The cops were chased and assaulted by the mob with sticks and wooden planks. The video of mob chasing and thrashing cops has gone viral on social media.