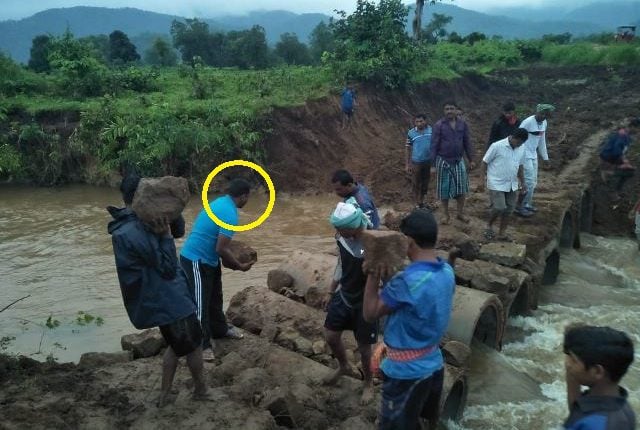 Malkangiri: Chitrakonda MLA Dambaru Sisa on Wednesday set an example by joining hands locals in repairing of a road which was damaged due to heavy rains in the district in Odisha.

According to reports, a bridge near Majhiguda under Khairput block was washed away after incessant rainfall in the region, following which vehicular communication to Amakunda Shiva shrine was disrupted while people of three villages were cut off to mainland.

The Biju Janata Dal (BJD) legislator reached the spot to take stock of the flood situation. He immediately led from the front in working along with the locals for the restoration of the road without waiting any aid from the administration.

The young tribal MLA was seen carrying stone and digging earth with the locals. His act was appreciated by one and all in the region.