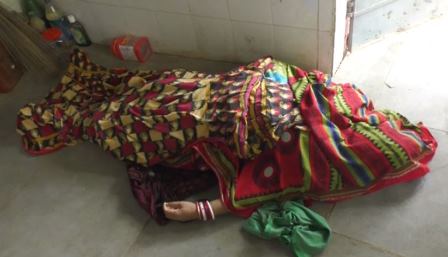 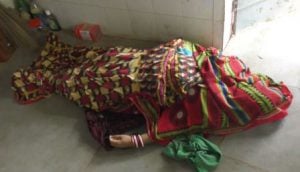 Jajpur: In a shocking incident. the dead body of a missing woman was recovered from a well in Jalpur village under Jajpur police limits on Saturday. While the in-laws of the deceased claimed it to be a case of suicide, her family members alleged that their daughter had been murdered for dowry.

According to reports, the deceased woman, identified as Bandana Pati of Rajendrapur village under Kuakhia police limits, had married Prabhas Pati of Jalpur village in 2014 and bore him two children. But due to a family feud, Bandana fled from her in-laws’ house on Friday and did not return till late in the evening. Despite a frantic search all through the night,her in-laws could not trace. Her dead body was recovered from a well in the village this morning.

Following report of the death of Bandana, her family members alleged it to be a case of dowry killing and filed an FIR against her in-laws at the Jajpur police station. In the complaint, Bandana’s father Krushna Chandra Dash alleged that though a cash of Rs 40,000 and all valuable gold jewelries had been paid as dowry at the time of marriage, Bandana’s in-laws were constantly pressurising her to bring more money from home and she might have been murdered for the same.

Jajpur police has seized the body of the deceased and sent it for autopsy to Jajpur DHH and has started an investigation into the matter.