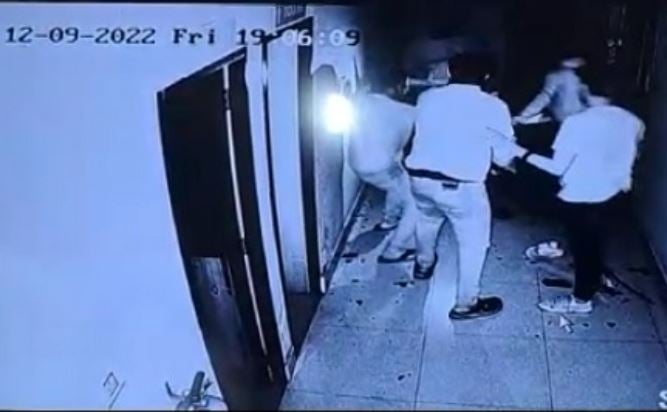 The whole incident was recorded in CCTV installed at the plaza and the footage where the miscreants are seen thrashing the employee and ransacking the plaza, has gone viral on social media.

As per reports, the incident took place over demand of toll tax. As many as 7 to 8 miscreants entered the toll plaza office and attacked the plaza employees with the help of iron rods, as seen in the video clip. They are also seen ransacking the AC, windows and doors.

As per the complaint lodged by the toll plaza manager Anand Singh, on Thursday a man named Amit Palai tried to cross the plaza without paying toll tax, for which the toll employees detained the vehicle. Soon, argument erupted between the two parties.

The next day, means on Friday Palai went to the plaza along with 8 to 10 of his friends and attacked the employees. After getting information Joda Police have arrested six persons involved in the case. The other accused persons are at large.

Laduma Dhamecha Yuva Scholarship: Apply before Dec 15 to get Rs 50,000 per year