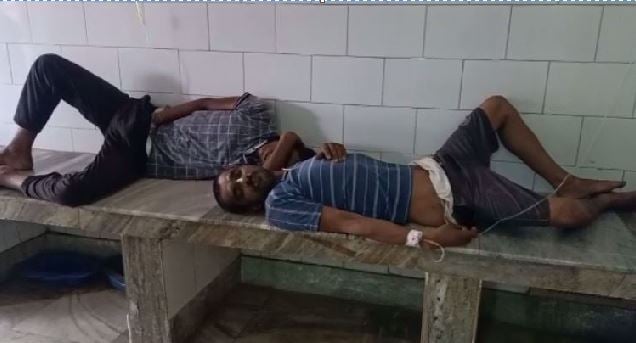 Jaleswar: In a sad incident, unidentified miscreants looted the tanker of a refinery after intoxicating the driver and helper of the tanker vehicle. The incident took place on Wednesday in Balasore district of Odisha.

As per reports, two persons, the driver and helper of a tanker vehicle were found in an unconscious state in Ekatali-Jamalpur Chhak on the NH 60 under Jaleswar Police Station limit in Balasore district today afternoon.

The locals rescued the two from the bushes and sent them to Gopi Kishan Bhatt CMC in Jaleswar through ambulance. As they are yet to return to normalcy, their identities are yet to be ascertained. As per circumstantial evidence, yesterday night miscreants hijacked the tanker after intoxicating the driver and the helper. Then they flew from the scene along with the vehicle.

Since the rescued two are intoxicated, they are now not in a position to even speak properly. However, it has been believed that they were from Surat of Gujrat and on their way to Bankuda area of West Bengal. No written complaint has been filed in this regard at Jaleswar Police Station so far.

As per reports, earlier three such vehicles have been looted in the same manner in the last six months from this area.

Also read: Pregnant python in care of snake lovers in Khordha of Odisha

Highest Ever Tally Of 10,521 Covid Positives In Odisha Today