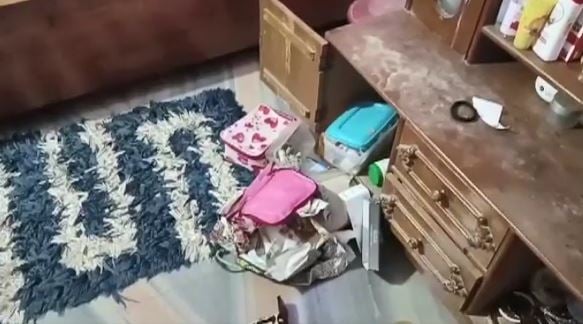 Bhubaneswar: Some unidentified miscreants allegedly looted cash and gold ornaments from a house in capital city of Odisha.

The incident took place at Bairagi nagar of Laxmisagar area in Bhubaneswar.

Report says,  the miscreants broke into a house while the owner was not present in the house and decamped with  40 gm of gold ornaments and 50,000 cash from the house.

On being informed, the Laxmisagar police reached the spot and found the almirah, lockers and other furniture vandalised.

Later, the police have started an investigation into the matter.

Recently, Some unidentified miscreants looted huge amount of cash and gold ornaments from a house at GGP Colony of Jagannath Nagar in Rasulgarh area of Bhubaneswar.

The whole act of robbery has been captured in the installed CCTV camera of the house.

The family members immediately informed to the local police station this morning. The cops have initiated a probe into the robbery based on the CCTV footage.