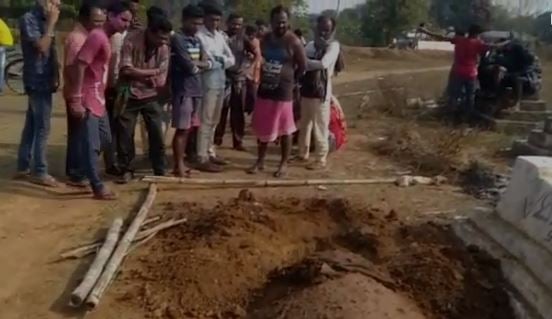 Nabarangpur: In a shocking development, the body of a minor girl, which was buried in the graveyard yesterday, was found unearthed by unknown miscreants in Odisha. The incident took place in Sanabharandi village under Umerkote block of this district.

As per reports, a minor girl had committed suicide after hanging herself from a tree Monday. Later her body was cremated by her family members and locals in the graveyard with due funeral rituals. However, today it was found that someone had dug out the buried dead body.

It has been suspected that the act has been done for sorcery.

Chandrakanti Kumbhar (16) committed suicide yesterday. It was believed to be a case of death due to failure in love affair. Later her body was cremated.