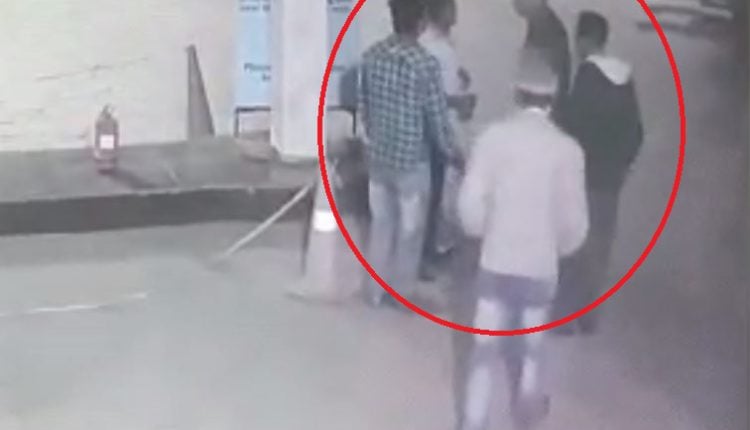 Balasore: A petrol pump worker was thrashed mercilessly by unknown miscreants after he refused to hand over the office keys to them on NH-60 near Mathani Chakk of Jaleswar area in Balasore district of Odisha.

The incident was caught in the CCTV camera of the petrol pump.

As per reports, the incident took place in Laxmi Narayan petrol pump on the NH-60. Around seven youths came to the petrol pump on a car on Friday night and demanded the working members to hand over the key to them. But the worker refused as they do not have the key with them.

The infuriated miscreants attacked the worker and fled from the spot.

The critically injured worker was immediately rushed to the Basta hospital.

The police has taken the video to verify it and have launched an investigation.