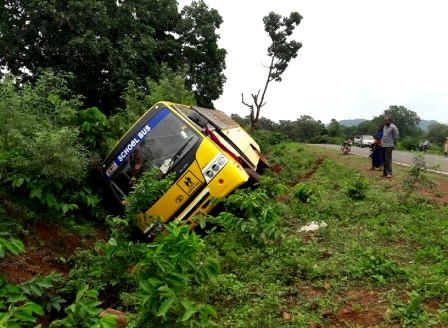 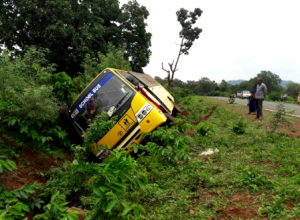 Keonjhar: A major road mishap was averted when a bus carrying school children turned turtle in Danla village under Keonjhar Sadar police limits on Thursday. The incident occurred while the ill-fated vehicle was on its way back carrying children from a private English Medium school to their home in the area.

The incident occurred at around 11 o’clock today while the bus was heading towards Danla village. It is suspected that the driver of the vehicle lost control over the wheels causing the vehicle to skid off the road and turn turtle. Eight students aboard the bus at the time of the accident sustained minor injuries and were rushed to the nearby hospital.

The injured have been discharged from the hospital after primary treatment, says report.