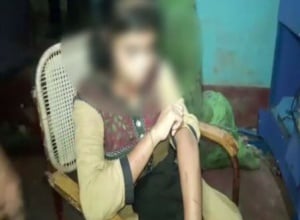 Dhenkanal: A minor girl, who was allegedly asked to marry her uncle’s son and was tortured physically by her family members for opposing the decision, was rescued by local police with the help of some social activists at Deulasahi in Dhenkanal district on Friday.

The girl also claimed that she was given life threat for informing others about the matter.

“My family members forced me to marry my uncle’s son. I was beaten up by them when I opposed their decision. When I informed my uncle, they alleged that I have an affair with him. They also threatened to kill me if I disclose the matter before anyone or approach the police,” said the victim.

On being informed, some social activists went to the family and informed the police about the matter after meeting the minor.

Apart from rescuing the girl, police also interrogated her parents and uncle about the matter.

The girl was handed over to the Child Welfare Committee (CWC).