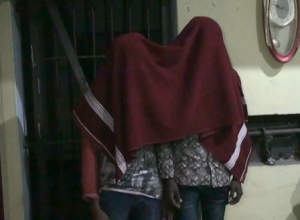 Sundargarh: In a shocking incident, a minor girl was abducted by a man with whom she had developed a friendship over phone and was gang raped through Tuesday night at Kantapalli village under Gurundia police limits in Sundargarh district. Police arrested the two accused on Thursday after the girl’s family lodged a case.

The accused have been identified as Samram Oram and Dillip Ekka of Kantapalli village.

According to reports, the prime accused Samram Oram called the minor girl from Rajgangpur area on Tuesday and invited her to meet him at Kantapalli village to have a discussion. As Samram was in a relationship with her over phone, the victim believed him and boarded a bus from Rajgangpur and reached the village. But to her shock, the accused along with a friend, Dillip Ekka of the same village, reportedly abducted her to a nearby forest and raped her through the night. The duo released her only the next morning. The girl reached home with the help of two passers by who spotted her near the forest.

The girl reached the Gurundia police limits with family on Thursday morning and lodged a complaint following which police arrested the accused.