Minor Drowns to death in Pond 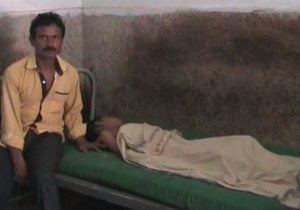 Kendrapara: A class seven student died after drowning in a pond in Badaanko village of Kendrapara district today.

According to one of his relatives, the deceased, Chaitanya Mahalik, had gone to bathe in the village pond when he slipped and drowned.

Some of his friends informed villagers about his drowning after which he was taken to the nearby Aali health center. He was declared dead by the doctor at the health center.