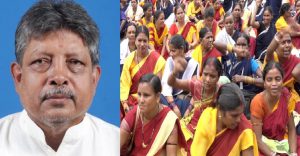 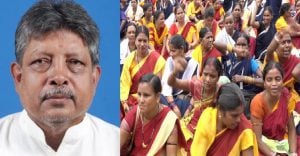 Bhubaneswar: Two days after Chief Minister Naveen Patnaik announced a hike of 50% in monthly salary of Anganwadi workers in the State, the Women and Child Development Minister Prafulla Samal on Thursday appealed the agitating workers to put an end to their marathon strike and resume duty from October 23.

“However, a section of Anganwadi workers are still continuing the stir spot here. I would like to appeal all of them to put an end to their ongoing protest and resume duty by Oct 23”, he added saying if they continue the stir, the Government would engage SHGs as an alternative arrangement.

The Anganwadi workers were in an indefinite dharna at the Lower PMG square here for the last 38 days to press their 16-point charter of demands, the major one being the regularisation of their services as Class III government employees.

Anganwadi Workers play a key role in providing health care and education to children below the age of 6 and antenatal care for pregnant women under the Integrated Child Development Services (ICDS) programme.