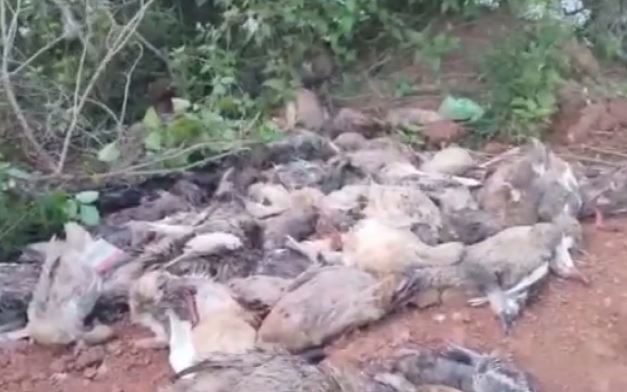 Khordha: Over hundreds of migratory birds were found dead near Magnesium sea food near Ratamati village under Tangi forest range in Khordha district on Saturday morning.

The migratory birds were found dead under mysterious circumstances and has left the authorities worried.

It is suspected that the poachers had reportedly poisoned the birds and threw them away at the roadside, as these migratory birds have huge demand. Due to the new year eve, the poachers hunt these birds and sell them at the Dhabas and hotels and make money, informed Tangi Ranger Chudamani Murmu

Following which, the Tangi wildlife department have launched a raid at the hotels and dhabas located on the highway, said Murmu.

An investigation by the forest officials has been initiated into the matter. The dead birds have been recovered and kept in the forest office and will be buried after postmortem, informed sources.

BTS’ Suga tests positive for Covid after returning from US