Meet Madhuri Mahakud, The Married Woman From Odisha Who Decided To Go Beyond Boundary Of Family To Guard The Boundary Of The Country 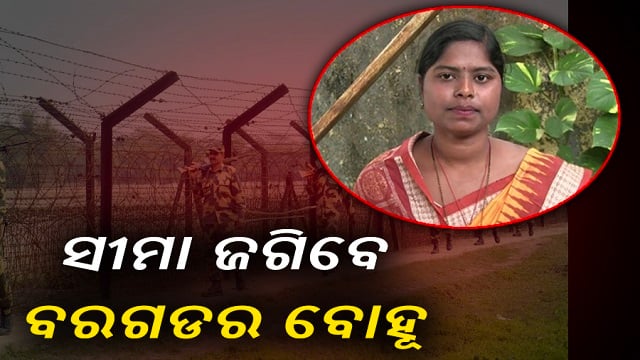 People who have a strong determination to achieve something always fight against all odds until they get success in their lives. Be it the burden of the financial condition or family situation or even anyone’s suppression, nothing can hinder them from marching towards their goal and achieve it.  This has been proved by Madhuri Mahakud of Bargarh district in Odisha, who has decided to go beyond the boundary of her family to guard the boundary of the country, which was her childhood dream.

Madhuri, a native of Muribahal village in Balangir district had married to Manoranjan Pradhan of Gambharipali village under Attabira Tehsil of Bargarh district in 2017.

Manoranjan was trying his best to join the Indian Army. However, he repeatedly failed as he has six fingers on one of his hands. But wholeheartedly he agreed and gave permission to Madhuri when she approached him expressing her childhood wishes to join the Sashastra Seema Bal (SSB).

Madhuri’s joy knew no bounds when her in-laws also gave her green signal to prepare herself in achieving her dream of joining the Sashastra Seema Bal (SSB).

“I had a dream since my childhood to join the Indian armed forces. However, I was thinking that my dream will get shuttered after my marriage. But, my husband and all in-laws supported me following which I started my preparation,” Madhuri said.

“In fact, it was very tough for me to do the household things and go to the field for physical preparation. Handling both things at the same time was very difficult. Though my preparation for the written exam and medical examination was not that tough, the physical training was beyond my capacity but I did not give up and finally, I have cleared all these three tests,” she added.

Madhuri further said that I am extremely delighted that I will wear the uniform instead of the saree and will have a gun in my hand instead of kitchen utensils.

When asked whether she is scared of facing the enemies on the border, she said that I am totally fearless because it was my childhood dream. “I will give my best to provide security to everyone,” Madhuri said while giving all credits to her husband and in-laws.

Madhuri, who got her final results on January 21, 2021, slated to join the Sashastra Seema Bal in March.