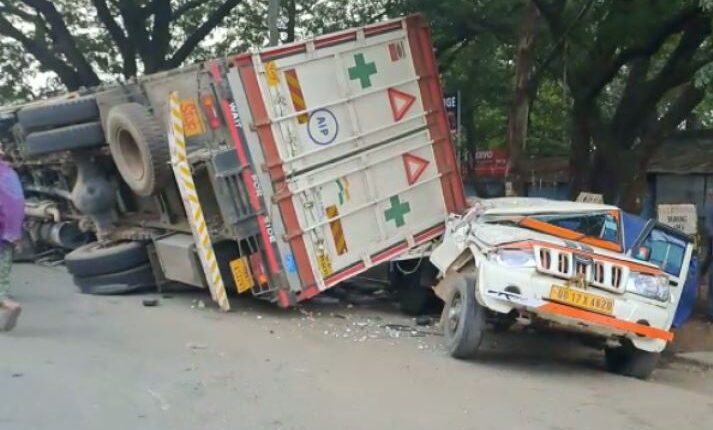 Report says, four pick-up vans were carrying goods from Cuttack to Bargarh and they had parked their vehicles on the road near Rairakhol, when the speeding medicine laden mini truck lost control over its wheels and rammed into them and overturned.

However, the drivers and helpers of the pick-up vans escaped unhurt. On getting information, the police reached the spot and have started a probe into the matter.

Later, the police seized the truck and have arrested the driver.