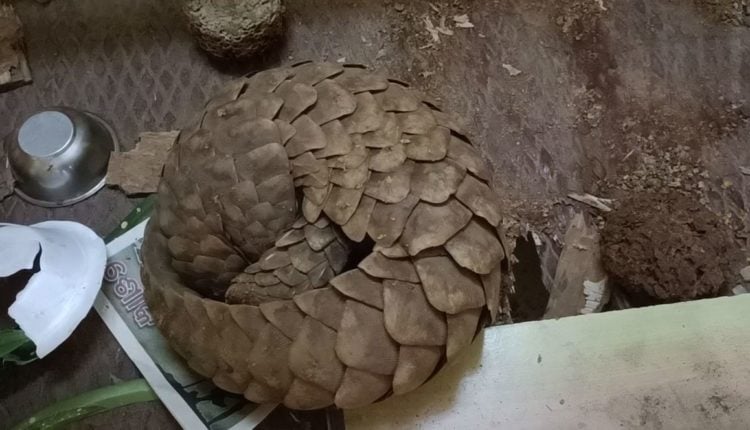 The Special Task Force (STF) team conducted raid when an illegal trade was underway for sale of the live pangolin in Satakosia Wildlife Sanctuary area under Thakurmunda block in Karanjia Forest Division and nabbed a wildlife smuggler.

Later the Forest Department conducted a series of raids and nabbed another smuggler. However, three more smugglers including the king pin are yet to be nabbed and raids are being conducted at different places to catch these culprits.

On Thursday STF conducted raid at the Satakosia-Noda road and nabbed one person while other smugglers managed to flee from the scene.

Later, after handing over the accused to the Divisional Forest Officer of Satakosia Forest Division a case was lodged in this matter against the accused persons namely Nilamani Dehuri of Padmapur area and Pandav Naik of Baruhan, Anandapur area. After their medical check-up they will be forwarded to Court.

The rescued live pangolin is said to be five year old. It is a rare species. The locals have demanded safety of the pangolin.

Skoda Kodiaq Facelift confirmed to get India launch in January 2022