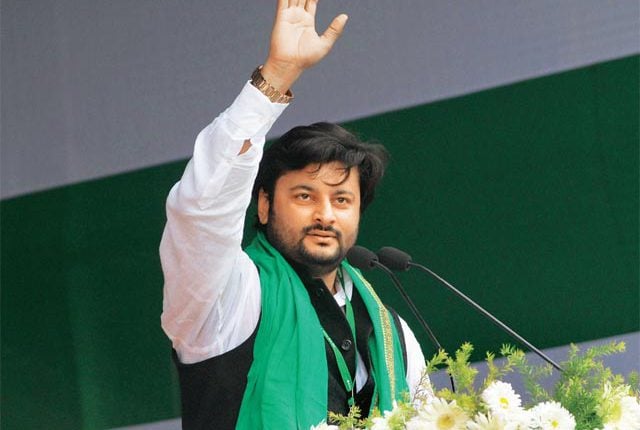 The former MLA said that this was a personal dispute. “I have discussed the matter with both of them and the matter can be settled amicably. I will urge both of them not to tarnish the image of the party by dragging the issue further,” said Samantaray.

Earlier on Tuesday police have registered a case against Das for allegedly misbehaving with the actor turned MP.

Mohanty who happens to be the neighbour of the student leader has also alleged misbehaviour by the IIC of Purighat police station. The first time MP has alleged Das of creating frequent disturbances in the neighbourhood in a drunken condition. The MP has also posted two videos of his neighbours who were allegedly manhandled by Das and his supporters.

On the other hand, Das has refuted the allegations and accused the MP of misusing his powers. “I welcome the decision of the district president. Being a disciplined member of the party I will never tarnish the image of the party,” said Das.