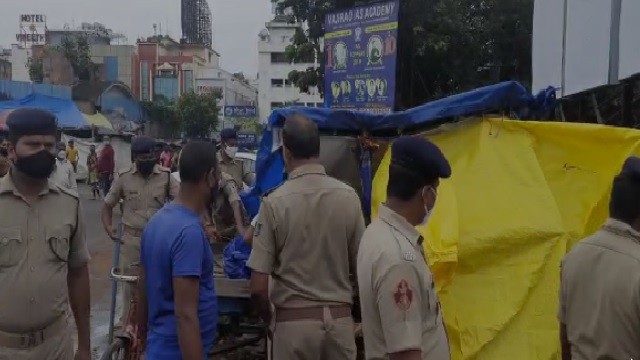 Bhubaneswar: In a recent development of the horrifying broad daylight attack that took place at Master Canteen square in Bhubaneswar on Monday afternoon, the Capital Police evacuated all the street vendors from the area. The group clash took place over feud over the shops.

Reports said that, more than 13 people, including Raja and Naresh of Malisahi, chased and attacked the youths on the road.

Both the groups were selling illegal gutkhas in a few shops on the Master Canteen square due to which there were continuous clash between them. The clash among the groups was creating traffic congestion as well as public nuisance. Hence we have evacuated all the street vendor shops from the area, said Bhubaneswar DCP Umashankar Das.

A police team has been formed and raids are being conducted in the slum areas to trace the other miscreants. Maximum of the accused have been identified.

“Out of the accused people, some are still under treatment while some some are still missing. Once the injured accused improves medically, we will also arrest them,” added Bhubaneswar DCP.

On being asked he also said that, the people who have been admitted in the hospital also went to attack the other group during which they sustained injuries.