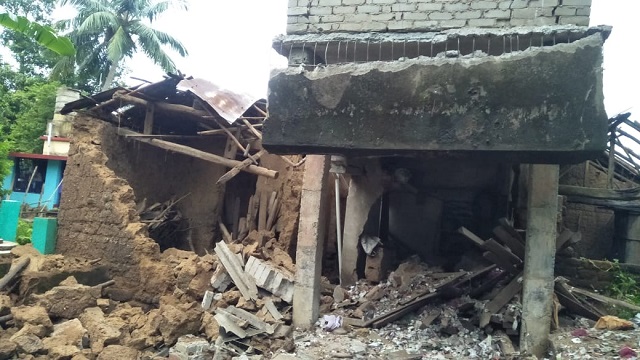 According to sources, the incident took place in the wee hours of the morning. when one Kashinath Mohapatra and his family members were allegedly involved in making crackers in their house. The house in which the crackers were stored was completely damaged in the blast. No casualty has been reported yet.

On being informed, police reached the village and initiated an investigation.

The owner of the house and his family members reportedly fled the village after the explosion.