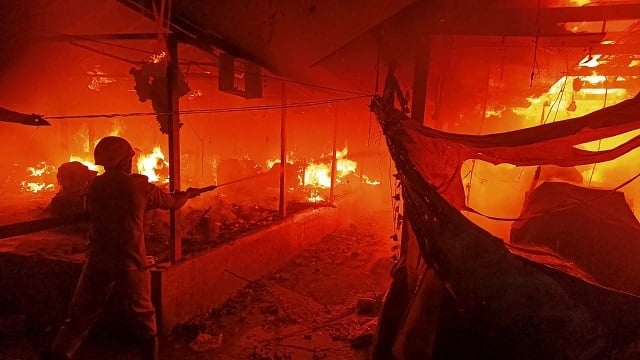 Jeypore: A massive fire has engulfed the Jeypore daily market on Sunday said reports. More than 30 shops were reportedly gutted in the fire.

The fire was suspected to have been caused by a short circuit late last night.

On hearing the news, firefighters arrived at the scene and tried to contain the blaze.

Property worth lakhs has been destroyed in the fire said reports.

The daily market is reported to have as many as 120 shops.

The fire broke out in the middle of the market and spread to all the parts of the haat.

But it is noteworthy that, by the time the fire fighters reached the spot, as many as 30 shops had been gutted down.