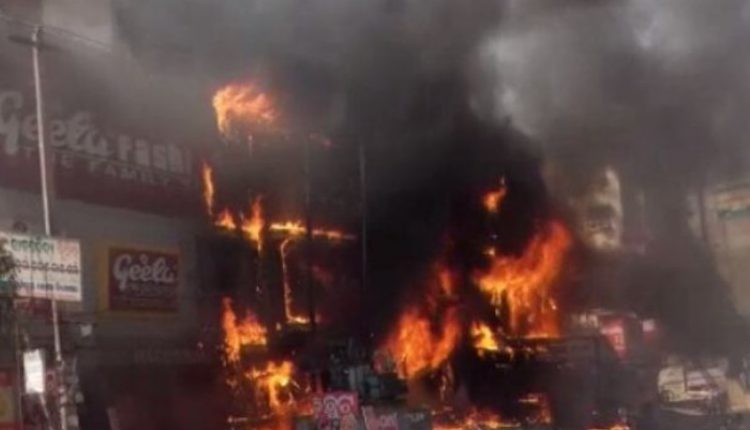 Cuttack: A massive fire engulfed two showrooms namely – City Styles and Geeta Fashions – in Badambadi of the Millennium City on Sunday. No causality has been reported yet, but property worth more than one crore is said to have been reduced to ashes due to the major fire.

More than 75 firefighters with five fire brigades have been engaged to douse the flames. However, they are yet to control the inferno even after one hour of hard work.

Exact reason behind the fire is yet to be known. However, short-circuit is assumed to be the cause of the inferno.

The incident occurred at around 11:30 AM in the City Styles. However, the intensity of the fire was so high that it soon spread to nearby shops including Geeta Fashions, a book stall, bangle shop, electric shop and hotel.

Meanwhile, vehicular traffic between Badambadi and Link Road was adversely affected following the fire mishap. Many vehicles including passenger buses have been left stranded on the road.