Massive fire breaks out at apartment in Cuttack, none hurt 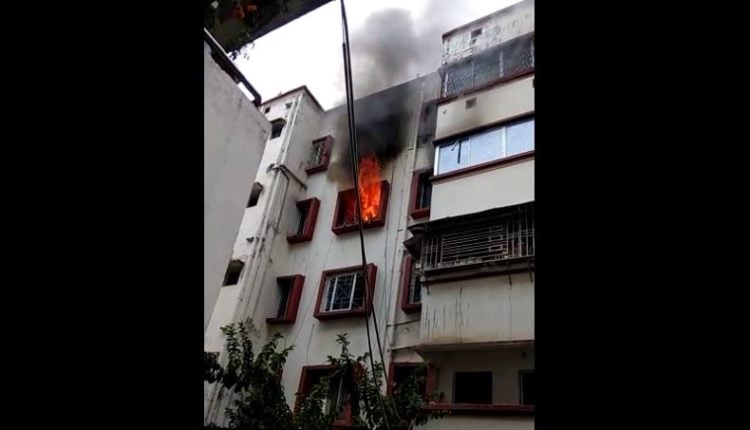 Cuttack: A massive fire broke out at an apartment building in Badambadi area of Cuttack on Wednesday morning.

The blaze broke out at third floor of the Snehalata apartment in Badambadi area. No one was injured, reports said.

Visuals of the incident show flames engulfing one side of the apartment with thick smoke billowing from the third floor.

A team of two fire tenders rushed to the spot and tried to douse the flame in the apartment.

The fire has now been brought under control and we are investigating into the matter, fire department officials said.

The exact reason of the fire is yet to be ascertained.