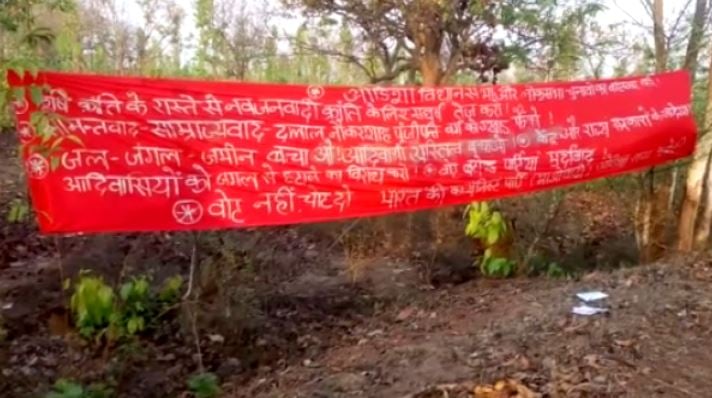 On being informed, local police arrived at the spot and seized the materials and started an investigation into the incident. They are trying to find out whether the banners and posters were put up by some local miscreants to create panic among the locals.

It is worthwhile to mention here that the district police had arrested four Maoists sympathizers from the Raighar area while they were putting up the posters of CPI (Maoist) of Sita Nadi Area Committee of Chhattisgarh on March 26. The arrested Maoist supporters have been identified as Pilaram Netam, Iswarilal Netam, Tikesh Netam and Sanjay Netam of Chhattisgarh.

Such posters and banners had also surfaced in Kandhamal and Kalahandi districts earlier this month.