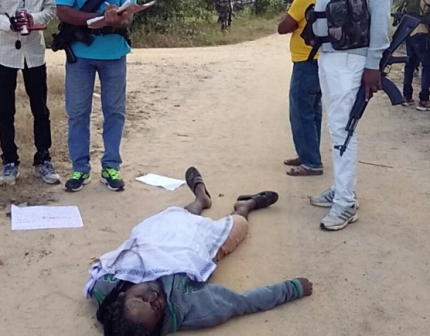 Malkangiri: In yet another incident of Maoist menace, the ultras killed a villager in Paralkot village in Chhattisgarh near Malkangiri border, after branding him as a police informer, last night.

The deceased has been identified as Ajit Poddar of Paralkot village.

At least 30 armed Maoists barged into the victim’s house late yesterday night and dragged him out of his home. Later they took him to a village road bordering Malkangiri district and shot dead.

Maoists also left a few posters on the spot advocating for the killing. As per the posters released in the name of CPI (Maoist) group, Ajit had been cautioned against becoming police informers on two occasions earlier—once on July 25 and then on November 15—this year. As the deceased didn’t pay heed to the warning, he was eliminated today, the posters said.

Police have reached the spot and seized the body.

Plus Two exam to begin from Mar 6, Practical exams from Jan 25