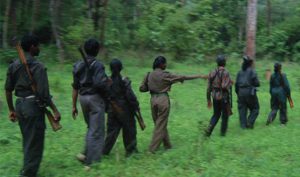 Malkangiri: Maoists gunned down a person after branding him a ‘police informer’ at a ‘praja court’ trial at Kurub village under Kalimela police limits in this district of Odisha late on Friday night.

The victim has been identified as Dambaru Nayak.

“Around 25 armed Maoists came to the village and dragged Nayak out of his residence. Later, they held a ‘praja court’ in the village, and gunned down Nayak marking him as a police informer,” a villager said on condition of anonymity.

Nayak had been a staunch supporter of the Maoists, but for the last two years, he had started distancing himself from the left wing extremists and leading a normal life, the villager added.