Koraput: Security personnel busted a Maoist camp in a forest near Ampabali village under Pottangi police limits in Odisha’s Koraput district on Saturday.

Based on a tip off about the movements of the red rebels in the region, a joint team of District Voluntary Force (DVF) , Special Operation Group (SOG)  and the 195th battalion of Border Security Force (BSF) launched a combing operation in the in  Panabadi, Kamalabandh, Bailguda and Urlapadu area in the district, bordering area of Odisha and Andhra Pradesh,  this morning.

The security personnel, during the combing operation in the forest, recovered a gun, a rifle, hand grenades, an electronic detonators, bulletproof metal plate, one kg of explosives along with several Maoist equipment. 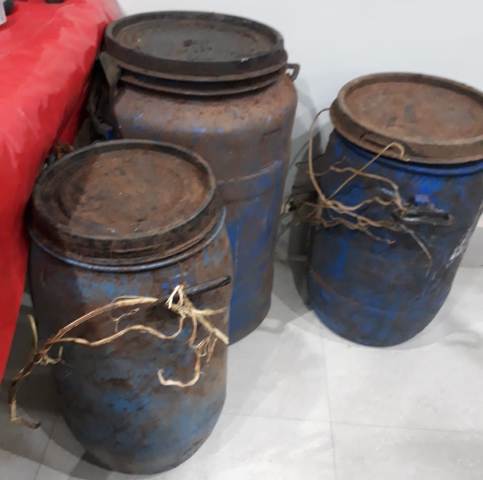 The Maoist items were recovered from three drums which were stored under the earth, an official said.

The police suspect that the caches of dumps were hidden by Nandpur Area Committee of Karaput Division.

Armyman, who opened fire on woman, kills himself

US-India Tax Forum to be launched on Feb 25