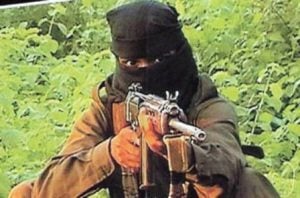 Malkangiri: In a major success to security forces engaged in the fight against Maoists in Malkangiri district, a joint team of Border Security Forces and District Voluntary Force (DVF) busted a Maoist camp at MV 47 village on Wednesday night. Heaps of Maoist items, including arms and ammunition, were recovered from the spot.

Sources said the joint team of 112 battalion of BSF and DVF swung into action after getting a tip-off on the presence of a Maoist camp in a forested area in MV 47 village last night. Though the Red rebels succeeded in giving police the slip during the raid, they left behind a huge quantity of gelatin sticks, detonators, pistols and bullets. Security forces have cordoned off the forest and launched a combing operation to catch the escaped Maoists.