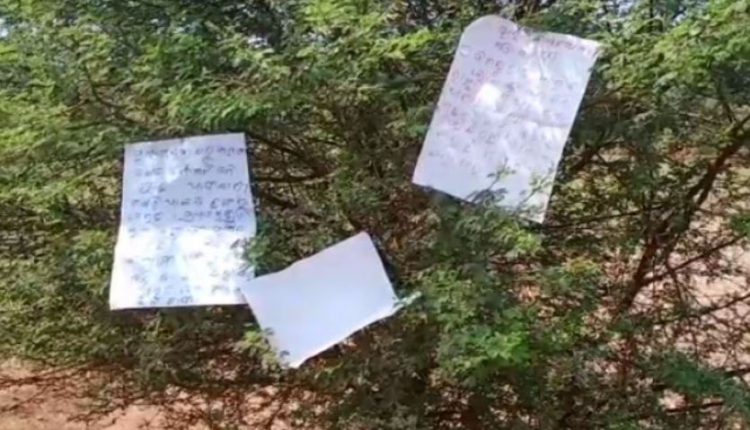 Kalahadi: Maoists stick posters and banners at various places in Langigarh of Kalahandi.

The RTO of Kalahandi has been threatened in the posters.

There are allegations against him for accepting bribe and troubling people.

They have demanded the opening of RTO camps in every Panchayat.

They have said that a few people objecting against Maoists shall be killed. Police has reached the spot and is investigating.