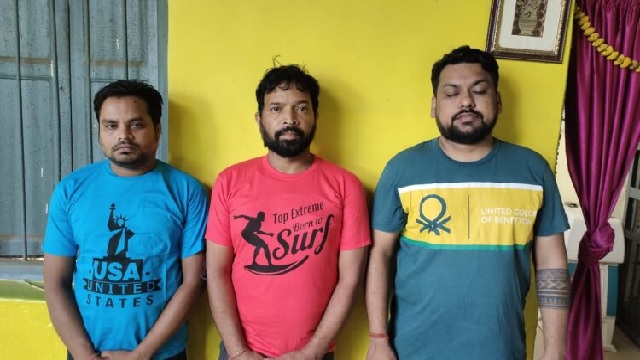 The Commissionerate Police will conduct a scene recreation at the crime spot to ascertain the exact details regarding Manish’s death, added reports.

Earlier on Saturday, the Commissionerate Police arrested the three accused on charges of his murder and destroying the relevant evidences, informed Deputy Commissioners of Police (D.C.P) Bhubaneswar Umashankar Das. He said that Manish had gone along with Amrit, Mrutyunjay and Dinesh to Laxmi Sagar area at 5.30 pm on the fateful day following which they went to the hotel in Patrapada early next morning. “Although Mrutyunjay and Dinesh are friends of Amrit, we are still investigating regarding their direct link with Manish”, he added.

As per the investigation report, an argument over the bill payment of Rs 35,000 took place between the deceased and three accused inside Hotel South City and later also outside the building. The accused attacked Manish in a fit of rage which led to his death. Thereafter, they dumped Manish’s body in the pond with an intention to destroy the evidence. A case was filed against Amrit, Mrutyunjay and Dinesh under sections 364(A), 302, 201, 34 of Indian Penal Code (IPC).

On October 13, Mrutyunjay and Dinesh surrendered at Phulbani police station in Kandhamal district while Amrit who allegedly accompanied Manish in a car was detained. Prior to that, the CCTV footage of Manish surfaced where he was seen walking out of South City hotel. The footage was said to be captured a few hours before his death.

It is pertinent to mention that Manish was found floating in Namrakani pond at Patrapada in Bhubaneswar. He is the elder son of senior journalist Navin Das.

The cops rushed the body to AIIMS, Bhubaneswar for post-mortem procedure which revealed that he lost his life due to suffocation. On the other hand, Commissionerate Police has sealed the South City hotel for investigation of the case for violating Covid norms.