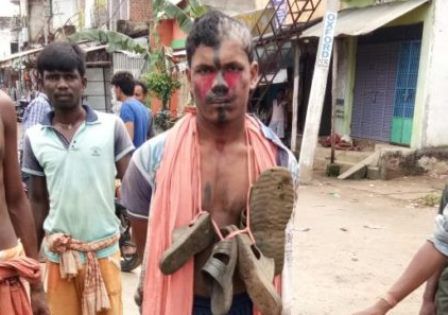 Bhanjanagar: A man was on Saturday tonsured by Rameswarpali villagers under Jagannath Prasad police limits in Ganjam district for allegedly attempting to rape a pregnant woman.

According to reports, one Nibasi Mohanty of the village allegedly attempted to rape a pregnant woman taking advantage of the absence of her family members, who were busy in Dussehra celebration.

Some locals rushed to the spot after hearing the woman’s cry. They tonsured Mohanty and smeared his face with black ink after the victim narrated the matter to them. The irate locals also garlanded the accused with sleepers.

Later, the accused was handed over to the local police. The woman also filed a complaint with the police against Mohanty.