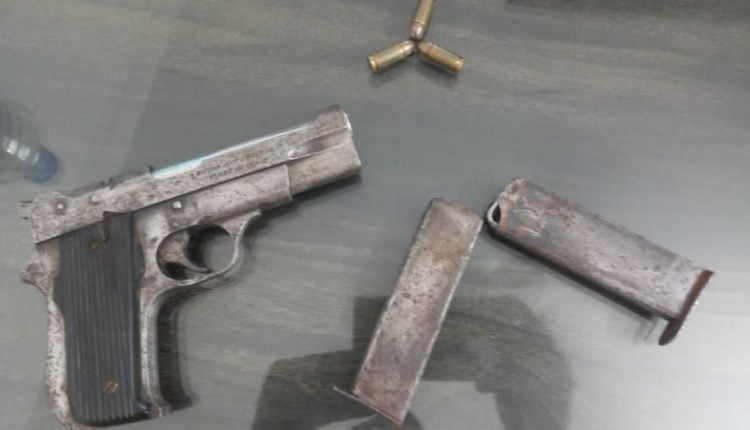 Bhubaneswar: Police have arrested a youth from Jayarsasan village under Balianta police limits here, on allegation of pointing a gun at his father-in-law following a dispute with his wife.

The held accused has been identified as Prasannajit Pradhan (23) of Bhagalpur village under Olatpur police limits in Cuttack.

As per the report, Prasanjeet had married to Kabita Das, daughter of Kanhucharn Das of Jayarsasan village six months ago following an affair. However, Prasannajit was indulging in a regular argument with his wife Kabita since the marriage over which she had returned to his parental house a week ago.

On September 9, Prasannajit reached his in-laws’ house to take Kabita back which Kanhucharan opposed. Fumed over the incident the accused took out a pistol and started threatening his father-in-law to allow him to take Kabita back.

After Kanhucharan lodged a case in connection with the incident later, Balianta Police has arrested the accused.

Police also seized a pistol, 3 live bullets and 2 magazines from the possession of the accused and charged him under Sections, 341,294,506 of IPC along with 25 and 27 of Arms Act.