Man stabs girlfriend, her mother over altercation in Mayurbhanj 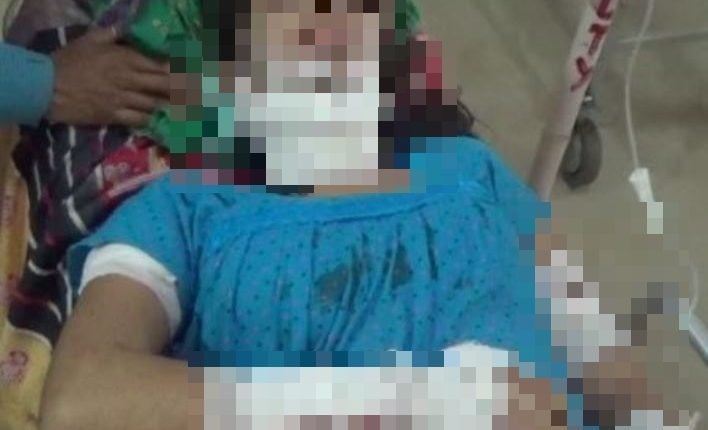 Baripada: A man injured his girlfriend along with her mother by attacking them with a sharp weapon following an altercation in Jarada village under Kaptipada police limits in Mayurbhanj district last night.

The injured duo has been identified as Bishnupriaya Kamila and daughter Bhagyashree Parida. The accused is Bharat Mohanty, a resident of Beladiha village under Kaptipada police limits.

Bhagyashree, who studies in a private institution in Bhubaneswar and lives there had reportedly developed an affair with Bharat in due course. She returned to her home along with her beau yesterday and was staying there when the attack took place.

“The couple probably had an altercation over some issue late in the night of which I am having a little knowledge. I reached my daughter’s room only after hearing her screams in the wee hours of night and found her in a pool of blood with stab injuries all over the body. However, before I could do anything the accused hacked me with a sharp weapon and fled from the spot,” said Bishnupriya.

The injured mother-daughter duo was rushed to Baripada DHH where their condition is out of danger now.

Kaptipada Police has started investigation in the case and are trying to trace the absconding accused.