Bhubaneswar: In a shocking development a man was shot at  on the outskirts of the capital city here in Odisha. on Wednesday.

The victim, who sustained grievous injury, was admitted to a nearby hospital. 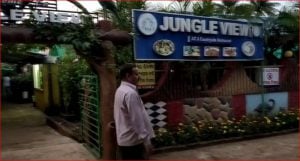 Soon after the incident the miscreants fled from the spot.

On being informed,  Police reached the crime spot and started an investigation in this connection.

It is to be noted that few days back during the Valentine’s week a girl had sustained bullet injury in the Infocity area of the capital city.