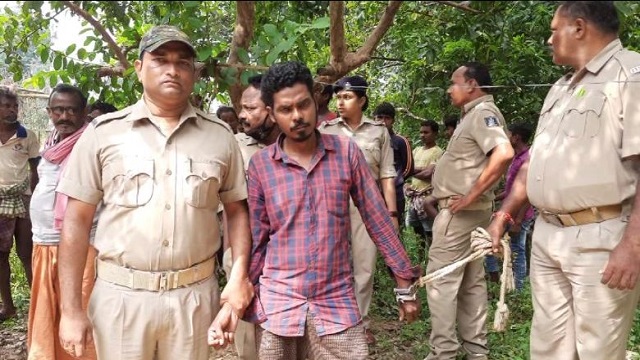 Sambalpur: In a shocking incident, a man killed his wife in a fit of rage after a spat over a domestic matter, and buried her body in the backyard of his house in Sambalpur district of Odisha. The incident took place nearly one and half months back at Badmal Rautapada village under Jamankira police station in Sambalpur.

The deceased woman has been identified as Savitri Badi, wife of Ranjan Badi.

The incident came to limelight when police interrogated the husband on the missing case of his wife.

According to police, following an exchange of words between the couple, Badi killed his wife and buried her body in the backyard of his house. Later, he told the neighbours that Savitri was in her parental house.

This Ecommerce start up wins ‘Best Start-up’ Prize at the…

Smelling something fishy, some villagers informed the parents of the victim, who lodged a police complaint.

“Following a complaint, we had taken Ranjan Badi into custody. During interrogation, he confessed that he had killed Savitri and buried her in his backyard,” said Rajkishore Mishra, sub-divisional police officer, Kuchinda.

The body has been recovered in-presence of executive magistrate and scientific team, he said, adding further due procedure will be followed in this case.

Groom feels shy while dancing, but what the bride did next shocked everyone; Watch viral wedding video