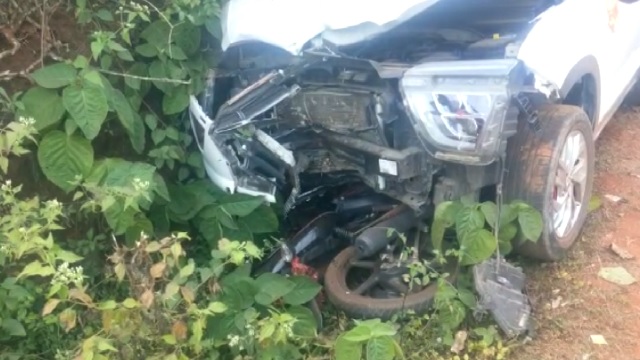 Koraput: In a tragic incident a man was killed while his wife sustained critical injury in a road mishap that took place in the Koraput distrit of Odisha on Saturday. The accident took place at the Kadri village on the Lamatapur-Jeypore road.

The deceased has been identified as Sahade Muduli of Chandua village. His wife Chandrama Muduli has been admitted to hospital in critical condition.

As per reports, the accident took place as the two vehicles collided head on near Kadri village. Following the accident, the locals rushed to the place and informed Police.

The man was killed on the spot while his wife was immediately sent to the hospital for treatment.

Tension gripped the area following the accident as the locals blocked the Lamtapur-Jeypore road demanding compensation for the deceased.

After getting information Police reached the spot and pacified the irate mob. The car driver has been detained.

Horoscope for December 4: True and pure love could come your way Aquarius